Kickstarter isn’t any one thing

Promotion For People Who Don’t Know Anything About Promotion 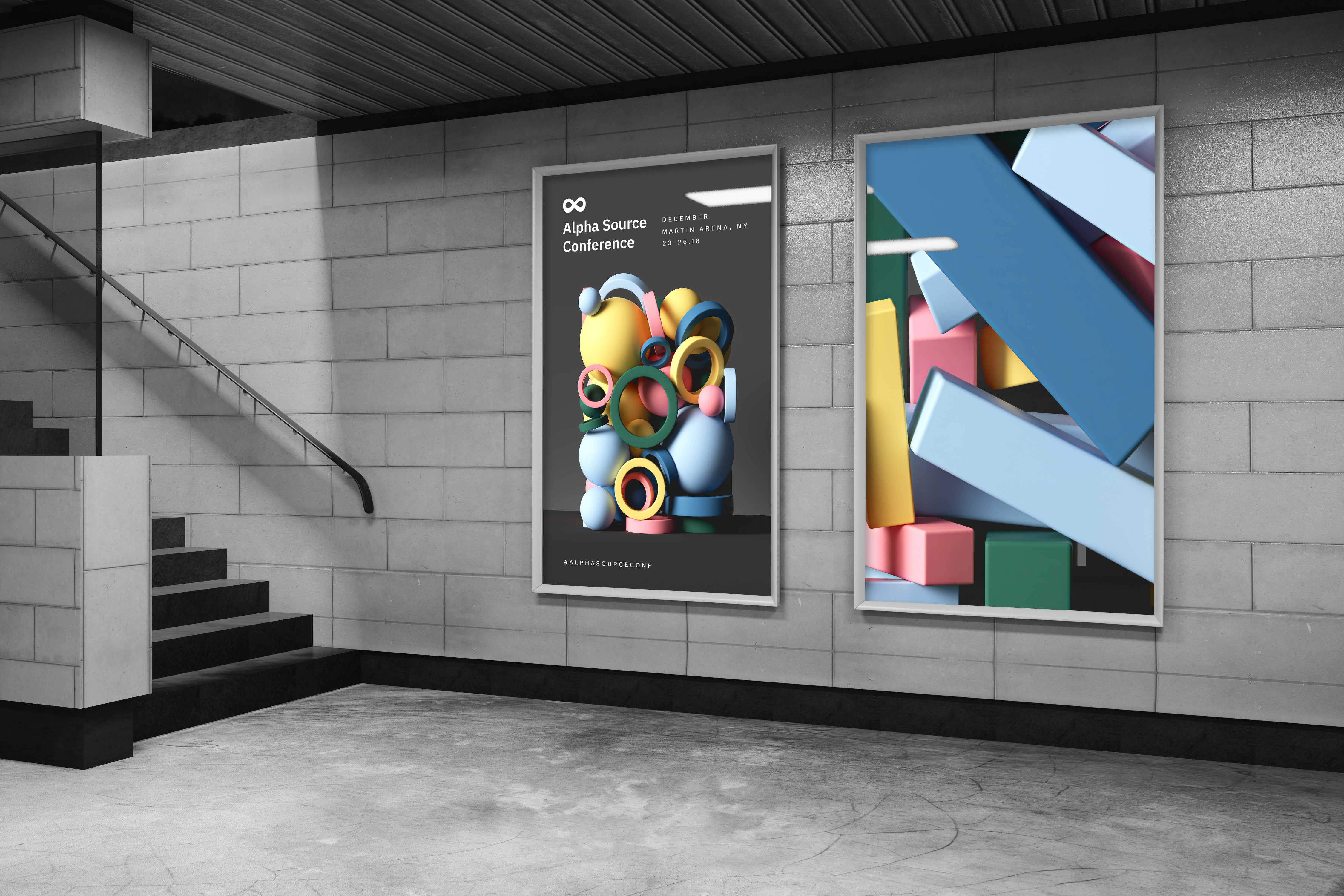 Advertising is hard. As much as some people like to mock the idea of being an ad man, getting back what you paid on advertising via conversions is extremely tough. My position on paid advertising for a small independent producer is this, don’t. It’s a job for experts and if you’re not one (and since you’re reading a blog called ‘for people who don’t know anything about advertising' I think its fair to assume that you’re not) it’s a good way to lose money fast. Its also insidious because advertising comes with unseen and non-monetary benefits such as exposure and brand awareness, which are great and valuable, but they can lead people who don’t really understand the process to self-justify a failed advert. That probably needs a little explanation, it is true that advertising can bring benefits other than direct sales and conversions. However, actually analyzing such benefits and ensuring that they match up to advertising as bought is its own skill. Also, if you’re a small independent on your first or almost first Kickstarter you probably don’t have enough of a company yet to really benefit from people having their awareness of it raised. Essentially, until you can hire somebody to do it right, you should probably hold off on the paid side of things, particularly when what you’re doing is an unknown quantity, which brings me to my first point.

What advertising can’t do.

Advertising can’t sell your product. More to the point, it’s not really trying to, it’s not it’s primary purpose. Advertising is for driving traffic to your Kickstarter page and raising awareness of your product. Your job is to have a page capable of converting that traffic into backers. If your conversion rate is too low therefore, money spent on advertising is going pretty much down the drain, worse, if your page isn’t up to scratch all you’re doing is paying money to draw attention to how rinky dink an outfit you actually are. So before considering advertising there’s an equation to do, look at your conversion rate of page visitors provided by Kickstarter, find out what the traffic levels of any page you’re thinking of advertising on and their typical click through rates for adverts is. Multiply their click through rate by your conversion rate and multiply that by your profit margin on the average pledge to your campaign. If that number is greater than the price of the advert then its clearly a good idea, if not, you should probably hold off on it.

Again, there are other benefits from advertising, but not if your Kickstarter fails and you can’t afford to print your game, which means that you don’t have a game publishing company. If your advert can’t pay for itself then it will be a drag on you achieving that goal rather than a boost to it. The point here is, that’s not the fault of adverts or advertising or the site or other source offering the advertisement. In this case it’s the fault of your profit margin and your conversion rate and until you put out a larger product with a wider margin or develop a campaign with a better conversion rate you should probably hold off on paying for adverts. This is one of the issues with humble or micro campaigns, lesser margins on units can make things like advertising harder to justify until you reach a critical mass of customers. Which could be seen as my suggesting you shouldn’t advertise, which couldn’t be further from the truth, you just need to maximise your non-dollars.

Be your own best advert.

You should be going to conventions, this can be done for free or extremely cheaply, or if you’re lucky to have product from another Kickstarter can be covered by sales. I’ve talked about this in our article in convention going so won’t be going into too much detail. Still, think hard about how much you’re spending on conventions, look at their footfalls and think about what your conversion rate might be and what that would mean for you on Kickstarter. Conventions are (or hopefully should be) fun, and it (again, hopefully) feels great to be there as an exhibitor talking to interested people about your creation, but don’t allow that ego boost to blind you to money that’s not coming back to you in relation to what should be a business if you want to keep doing it long term. When you’re at conventions, be your own best advert, be enthusiastic by not bombastic, clear but not opinionated. Make sure you have your banners, T-shirts, cards and flyers.

Network on the network.

There are podcasts, blogs and forums, run by people who are looking for content. Your experience is content. Those podcasts, blogs and forums all have an audience that will hear about your project if you offer content to them. This equation should not be beyond anybody. Comment on your favourite blogs and ask if they’d like a guest post, get in touch with podcasters you like and ask if your experience would make a good interview and get on the forums. There is someone right now on Boardgame Geek looking for input on their rulebook who will look at your project in return, it might be the retail equivalent of advertising, but all it takes is your time and it forms real relationships, and its giving back to your community. There are contests and playtests everywhere in the hobby board gaming world, contests want entrants, feedbacks and voters. Half an hour feeding back or playtesting creates very real good feeling that is more than fair to suggest a click through to your project for.

Some people have the luxury of only being on one or another social media platform. If you’re an independent games designer, you are not one of them. Join every single one of them, and post regularly on them. It can be annoying sometimes, and you can doubt the results when your followers don’t shoot up and likes aren’t forthcoming, but it is free, all it takes is time, focus and patience. Different platforms have a different feel to them, but this is what we’ve picked up from a few:

Facebook – Firstly, the groups you pick matter, and tailor your content to the group in question. Firstly, respect the rules of the group and even if its not a rule, don’t spam. Your purpose here is to create a good feeling about your project, not to make people hate you as you clog their feed. You’re coming into their group looking for something, if you can, become a member of the community first and give before you take, but if you can’t, be respectful. Secondly, posts about your situation or experience are far more effective than straight plugs, be honest and open in conversation. A post talking about struggling with the mid-campaign slump is far more likely to result in backers than one shouting about your project with a load of ad-speak. Thirdly, links to your project as a response to someone asking about it are far more effective and respectful than a straight up link. If someone is curious about a new piece of artwork you’ve posted, that’s a far better way to post a link than just putting it up there.

Instagram – Instagram gives good results in followers for boardgames. The reasons should be obvious, boardgames are visual and can look great in pictures. It does require a good stream of posting, but that shouldn’t be the hardest thing in the world, when you play a game, light it, snap it and post it. When you get your artwork and prototypes through, picture and post. If you have a cat, tortoise or scruffy dog, that doesn’t hurt either.

Twitter – Twitter can be tougher for boardgames, they don’t fit easily into the character limit and images while possible don’t seem to work as well. However, links to blogs can get a good click through rate even with a relatively low following, so try tweeting when you have a new blog post, remember to post blogs at a regular cadence and tweet about them so that people can get into a rhythm of expecting to hear from you.

The truth of the matter is that these methods should be more than sufficient for a project with anything under a £15,000 goal. Most importantly, don’t spend money on something you don’t understand, learn the essentials the free way first and consider costs when you’re more experienced. If you have no statistics of conversion rates or profit margins you can’t realistically judge the potential of your advertising, and without proper judgement you’re unlikely to be able to run an effective business. Remember that being a business isn’t a dirty thing to do, you will only be able to continue to create quality hobby products if it isn’t bankrupting you to do so.

Think about your online presence and your personal one too, how can they be better used to advertise what you’re doing. How do you find responses on the various platforms, and what free or low-cost measures have worked for you?